Sky: Children of the Light Wiki
Register
Don't have an account?
Sign In
Advertisement
in: Pages that contain spoilers, Seasonal Events, Guides
English

View source
Spoiler Alert
This article/section contains spoilers for in-game surprises, secrets, or storyline details, such as the end of the game. Please continue with caution if you are new to Sky: Children of the Light.

The Beta version of Sky is a testing ground for new features and future content, aimed primarily towards finding bugs and giving feedback. It is not an early access version of Live – these are wholly separate games and apps. Though, events such as new Seasons are tested in the Beta before they are released in the Live version.

Currently, there are several new things to test, and give feedback on:

So far, there are a few things that have been in Beta that have not yet (and so far don't seem like they ever will) come to Live. However, players are still welcome to give feedback on these.

Players who experience both Beta and Live will note that there are significant differences between the two. Below you will find some frequently asked questions on the app as a whole.

The Sky Beta is NOT:

How do I become a Beta tester?

Note: To receive a notification when a new Beta Tester invite wave is active, you must give yourself the pingable "@Beta Invites" role on the Official Discord Server.

What are my responsibilities as a Beta Tester?

Test out all of the Patch and Hotfix Updates! Testers should use their tester accessibility to report bugs, give feedback about new or existing features, and help TGC make sure that things are working as intended. When testing a new Beta update, please read the Patch Notes, and stay updated on the latest news through the Official Discord's Beta Channels. TGC will post information about new features and issues.

If you encounter a bug, please submit a report in one of the Beta bug report channels on Discord: #beta-bugs-ios or #beta-bugs-android. Pictures, videos, and details are really helpful. If you’re not sure if something is a bug, still report it and give feedback. Even if it’s working as intended, it helps TGC know that just that might not be clear to players. You can share feedback about the game on Discord too. Include things you like or dislike, things you find confusing, and the reasons behind those feelings.

Note: Do not just use the Beta version for enjoying new content. Testers should look for bugs and inform TGC about them.

How is the Beta different from Live?

Note for Beta-Testers: Please do not use the below page draft for any help for the season, TGC wants player to test active things with fresh eyes - They want to see what players are struggling against and what players are succeeding at, looking at a few beta players having trouble may represent the hundreds of live people that will also have the same problems.

Cosmetics not in Live 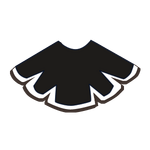 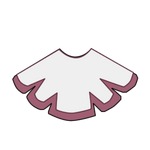 The Season of Flight is the eleventh seasonal event in the live version of Sky since the global release, preceding Season of the Little Prince. It begins on 4th October, 2021 and expected to end on DATE, lasting XX days.

In this first quest, you are tasked to unlock the Wind Paths which connect the realms to each others.

The Flight guide invite you to sit in a large meditation spot and once activated, four blue candles appear. Activating the first candle will bring you to visit the Tinkering Chimesmith. Returning to the Main Island and activating the other blue candles will task you to deliver candles to the Talented Builder, Lively Navigator and the Light Whisperer. Once the 4 candles have been delivered the Wind Path tunnels will be unlocked and accessible. One of the Island's arch is decorated with illuminated swirls and bells.

In this quest you are tasked to reconnect the Islands together.

Visiting the Flight guide will start a cutscene where we can see the Talented Builder and the Flight Guide communicating together by signs over each other's Island.  We can understand that they want a way to travel between the Islands.  "The boat that connected the spirits has disappeared beneath the clouds", we can read, "Fly through the clouds to bring back the boat" as a shortcut to the Underground Cavern of Forest is seen.  Use the shortcut where you will find another meditation spot and start the task to rebuild the boat by finding the missing pieces scattered all over.

Once accomplished, the Talented Builder push a large boat to the edge of its island's dock and a large flying Manta is seen pulling a platform.  A second Arch is illuminated and the Wind Paths area is highlighted by the rays of the sun.

In this quest you are tasked the retrieve the chimes.

"Chimes have been mysteriously going missing lately" the Flight guide says. In a cutscene we can see a flock of birds getting away with chimes in their beaks. From the top of the Main Island, sit on the large meditation spot to start the quest.  Complete the quest by retrieving all the blue chimes that the birds have carried away and return them to the Flight guide.

Fulfilling the wish of the Ancestor Spirit decorates a third Arch and the Wind Paths receive more light.

Quest # 4 - Save any trapped creatures

In this quest you are tasked to save the birds trapped in the Wind Paths.

"Something seems wrong with some of the Wind Paths" says the Flight Guide.  In an animation both the Flight Guide and the Lively navigator search for a missing boat from the Main Island. From the Wasteland shortcut, Dark plants starts to grow all over the Wind Paths and the whole area gets under shadow. Start the quest by sitting on the large mediation circle.   Once activated, strong winds starts traveling all around the Island and the Wind tunnels.  Navigate through the Wind Paths to save any trapped creatures, when done, return to the Flight Guide to let them now the birds are safe.

At the end, we can see both the Spirits, in an animation, saddened by the state of the Wind Paths as darkness takes slowly over the Wind Paths.

Quest #5 - Clear away the darkness

In this last quest you are task to Rescue the trapped mantas and Clear away the darkness.

A bird falls on the main island and appears to be in distress.  The lively Navigator and the Flight guide rush to help it. In the distance a large Manta comes flying towards them and both the Spirits looks happy about it. Several large stones pollute the Wind Paths and the birds are trapped in darkness. In order to help them sit on the meditation cirdle to start the quest.

Fly towards the Wind paths and save the trapped mantas by burning the darkness on the large stones so the Great Manta can shatter them.   Once the mission is completed, we see the Great manta fly away with its 3 small mantas, finally free, and the Winds paths returning to original state.

Collect Seasonal Candles throughout the Season to trade with the new spirits for their cosmetics.

The Flight Guide at Home will offer players four Daily Quests to complete every day. Players will earn one seasonal candle per quest completed. Each day the quest giver stands next to a realm's portal, indicating where the day's daily quests may be completed. The chosen realm will also contain four bunches of Seasonal Candles. If players gather the light from all four bunches, they will be able to forge one extra Seasonal Candle. Players who have the Adventure Pass can also claim a Seasonal Candle at Home as a free daily bonus.

This season, the candle bunches are found towards the beginning of each realm again (to be confirmed) .

A Season of Flight candle bunch

This Wing Light is located in a tunnel just to the left of the Seasonal Guide. Strong winds prevents players from getting near and in order to capture it players must enter the entrance tunnel on the farthest right, located under the main island. You will be pulled into the tunnel as you approach it.

How to capture the Wing Light from the Main Island

All of the Season of Flight Spirits can be found on the Hidden Forest. There are 2 new Expressions, 1 Stance and 1 Call to collect. 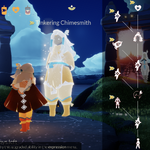 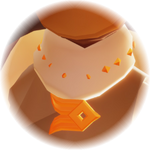 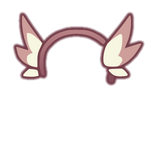 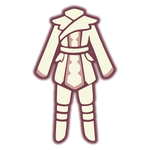 Unofficial (fan created) audio cannot be posted on the Wiki, per TGC.

To celebrate Halloween, Days of Mischief begin on DATE and concludes on DATE. The Secret Area is open to everyone through a friendly NPC at the gate as usual. At home you can burn Pumpkins that gives you lights and reveal a new event spirit: "Legend speak of a blood moon rising..." the NPC tells pointing at Vault, thus showing us the way.

Just like last year, the office is decorated with spooky decoration with more pumpkins to burn, three krills patrolling the roof top with a large plant to burn. Different from last year, the 2 Mischief NPC spirits are nowhere to be found: instead a new area has been added to the secret area. You can get teleported to that area by visiting the second bathroom where a black smoke can be found.

Once you click the crab icon, you find yourself in a large tunnel clouded area where a large hole in the ground can be seen below ground level. Above we can see 3 large krills, many black crows, a rideable witch's broom and a rideable flying cat, all illuminated by a crescent moon on a red sky. As you walk down the hole you are greeted by the same spirit you found at the house where we learn its name: Samantha. This spirit is accompanied by Skidmore and the two have fun conversations as they interact with each other. A large boiling cauldron gives players green lights to collect and shatters burnable thorny rocks, just like the geyser. Burning these rocks will spellbound you and temporarily change your appearance in height and clothing.

Many other doors and rooms are hidden for you to find where more NPC offers previous years cosmetics. 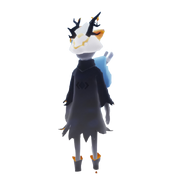 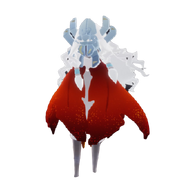 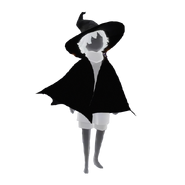 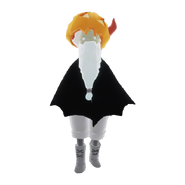 For the occasion, the following IAPs were available to purchase (regional pricing varied depending on local taxes and exchange rates): 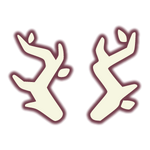 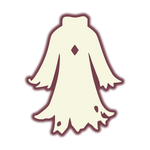 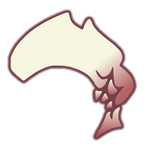 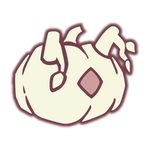 For the occasion, the following will be available to purchase for in-game currencies:

Throughout this event all purchasable items are available as spells from the friendly NPC Samantha, in the Cackling Crab area.

By clicking a special crab somewhere at the Mischief area you will find 2 more spells.