Sky: Children of the Light

View source
watch 02:53
GTA: The Criminal Enterprises - The Loop
Do you like this video?
Play Sound

Sky: Children of the Light

Sky: Children of the Light (shortened to Sky in-game) is an adventure indie game developed and published by Thatgamecompany. It was released on July 18, 2019 for iOS, with subsequent releases on April 7, 2020, for Android and Nintendo Switch on June 29, 2021.

From the award-winning creators behind Journey (2012 Game of The Year) and the highly-acclaimed Flower, comes a ground-breaking social adventure that is set to warm players hearts. Welcome to the enchanting world of Sky, a beautifully-animated kingdom waiting to be explored by you and your loved ones. In Sky, we arrive as Children of the Light, spreading hope through the desolate kingdoms.

In the kingdom of Sky, you will experience:

The world of Sky: Children of the Light allows the player to explore a fantasy-based Kingdom, using free-roaming experience and a magical Cape that grants players the ability to fly. There are seven unique Realms to visit, and each one is themed around a different stage in life. In addition to these Realms, there is the player's Home, which serves as a hub. Throughout the game, the player will encounter Spirits which may be used to unlock Cosmetics and Expressions in return for in-game Currency. The player can also find Children of Light, which grant Winged Light – a Collectible item used to increase Cape Energy, allowing further flight.

Furthermore, the game heavily focus on social mechanics. The Kingdom of Sky is filled with other players from all over the world, which may all be befriended and interacted with. You can subsequently unlock new abilities such as Chat, enabling lasting relationships and deeper connections.

As the events goes by so does the icons of the App. See below the different icons as the years passed.

On July 31 2020 thatgamecompany released volume 1 of the game's official soundtrack, followed by volume 2 on July 16 and Volume 3 on July 30, 2021. See Original Sound Track for more info. 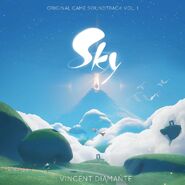 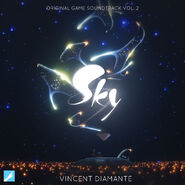 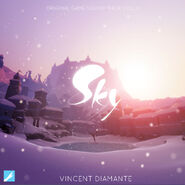 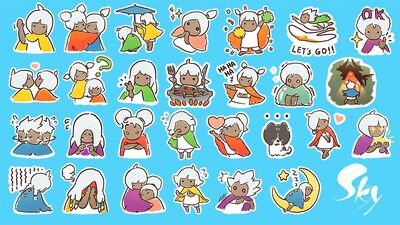