The Season of Dreams began on January 4th 2021, and will end on March 15th 2021, and is the eighth Seasonal Event in the Live version of Sky since Global Release, preceded by the Season of Prophecy.

The Season of Dreams is set in the Valley of Triumph. Story wise, it will follow the journey of a young skater who dreams about performing in the Coliseum.

Welcome to the Season of Dreams!

The Season of Dreams will take players through the journey of a young spirit who dreams of performing in Valley of Triumph’s Coliseum. Enter the humble new Village of Dreams and perilous Hermit Valley in Valley of Triumph and follow the tale of the young skater. Similar to the previous season, there are 4 Mentors/Spirits, each challenging you and the young skater with unique quests that will test your performance skills.

A number of changes have been introduced with this season:

The Village of Dreams

This Season brings with it a wholly new area in The Valley of Triumph called the Village of Dreams. To visit the Village of Dreams, enter through either: A tunnel found in Valley's Social Space, or through a gate located in the Coliseum. Both entry points are blocked by a Spirit Gate requiring one Golden Wasteland Spirit. Just like previous Seasons, all of the quests, activities, and Spirits will be found in this area. The Village of Dreams will take your hand through the journey of training a young skater. 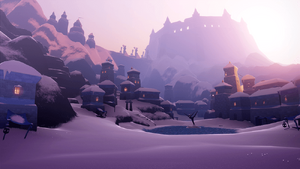 An overview of the Village

This Season also brings along the Hermit Valley, the home to the Hermit. The Valley can be found high above the Village of Dreams, and can only be entered via a Gondola from the Village itself. To enter, you must first start the 3rd Seasonal Quest from the Dreams Guide, which will activate a new button for players to interact with at the very top of the Village slope. Lighting it will unlock a Gondola leading up to the Hermit Valley. There is only one Spirit to be found here; the young skater, which is part of the 3rd Seasonal Quest. 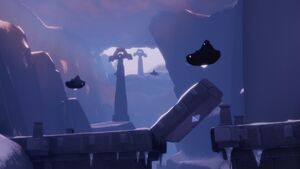 The Gondola to Hermit Valley

Find the 'Dreams Guide' found near the Lodge in between the 2 ice rinks. The Guide will offer you special Seasonal Quests that will show you the young skater's training journey. These quests are similar to reliving regular spirits, however each quest will put its own spin on it. 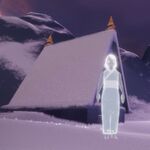 The First Spirit Memory is found close to the Dreams Guide, seen near a building in front of the Guide. This Memory will be with the Spinning Mentor, making you skate around the main ice rink doing various Expressions. Completing this Quest will add the young girl skating around the statue. 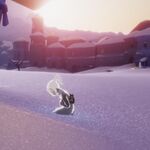 In the Village of Dreams

The Second Spirit Memory is found on the high slopes of the village, seen in the middle ramp. This Memory will be with the Peeking Postman making you slide down the slopes racing against the clock. Completing this quest will add various expressions to the young skater's routine and new access to some flying boats. 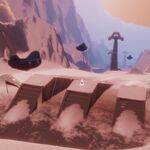 In the Village of Dreams

The Third Spirit Memory will be found in the Hermit Valley, in front of the Hermit's cave. This Memory will be with Bearhug Hermit, making you slide down perilous ramps and slopes, once again racing against the clock. Completing this quest will add more expressions to the young skater's routine. 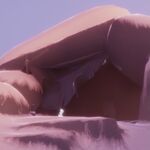 In the Hermit Valley

Collect Seasonal Candles throughout the Season to trade with the new Spirits for their Cosmetics. 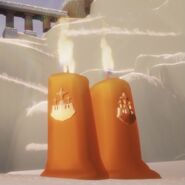 A Bunch of Seasonal Dreams Candles

This Season, the (Candle) bunches are found towards the beginning of each Realm.

Five new Winged Lights can be found in Season of Dreams.

WingLight 1 - Mountain the left of the Village

Winglight 2 - Near the hot spring

Winglight 3 - On top of the first ride to Yeti area

Winglight 4 - Behind the Yeti's cave

Winglight 5 - On a cave, going down on second boat ride to Yeti's cave

All of the Season of Dreams Spirits can be found in the Village of Dreams at Valley of Triumph. There are four new Expressions and two new Music Sheets to collect.

The Spinning Mentor offers the "Twirl" Expression, selling a hairstyle, a mask, and a cape. This Spirit can be found near the Dreams Guide, in between 2 buildings.

The Dancing Performer offers the "Shimmy" Expression, selling a hat/hairstyle, a mask, a cape and an instrument (in this case, a Pipa).This Spirit can be found near the Tunnel/Social Space Entrance, in an alleyway between two buildings.

The Peeking Postman offers the "Peek" Expression, selling a mask, a cape, pants, and a music sheet. This Spirit can be found near the Dreams Guide hiding behind two buildings.

The Bearhug Hermit offers the "Bearhug" Friend Expression, selling a hairstyle, an accessory, pants and a music sheet. This spirit can be found behind a building near the mountains.

As with recent Seasons, the Season of Dreams will have two Ultimate Gifts purchased for two Seasonal Hearts each, following the format of the Season of Prophecy. Players can buy these by speaking to the Dreams Guide in Home or the Village of Dreams itself. 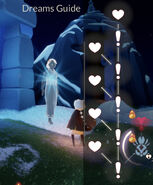 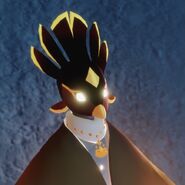 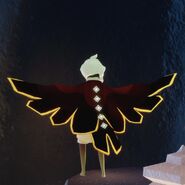