Sky: Children of the Light Wiki
Register
Don't have an account?
Sign In
Advertisement
in: Basics
English

View source
watch 02:53
GTA: The Criminal Enterprises - The Loop
Do you like this video?
Play Sound

This page contains information gathered regarding Sky on the Android platform.

Please use this page as an Android-specific elaboration of the content already found on the Wiki. Check out the Getting Started page as well as other pages on this Wiki for the general gameplay of Sky. The gameplay is the same on all devices; some menu options and game save information are the only ones that are going to be different.

Android users: Please feel free to update this page as needed, either with additional content or by elaborating a content that is already here.

You can only download the app from Google Play Store (Non-Huawei devices) or Huawei App Gallery (Huawei devices). DO NOT install third party .apk packages into your Android device by yourself, they may contain malicious scripts or be obsolete.

Sky: Children of the Light on Google Play Store

Sky: Children of the Light on Huawei App Gallery

Unlike Apple device (iOS or Mac) or Nintendo Switch, there is no definite qualifications or system requirements that make a certain Android device compatible with Sky, as there are thousands of different brands, devices and models. Generally speaking, the guidelines posted below display the minimum required specs stated in Sky Helpdesk website:

If your device meets the minimum specs but struggles to do so, you may encounter the following message:

Note that the specs listed above do not guarantee your device will be compatible. It will depend on how powerful your GPU processor is. In some situation, you cannot find Sky in the Google Play Store or Huawei App Gallery through search, or the game indicates that your device is not compatible:

TGC are still optimizing performance for compatible lower-end devices, but if your device is not already compatible, it is unlikely it will become compatible later on. Furthermore, Huawei devices are required to download Sky from Huawei App Gallery, as Google Services are not available for Huawei devices released since May 2019. Any attempt to circumvent these restrictions breaks the EULA/Terms of Service, and will likely not provide an enjoyable experience anyway.

Some Android devices with powerful graphic processor have the ability to support 60fps mode, included but not limited to:

There is a known issue with Google Play sometimes showing devices as not compatible even though they really are. Give the following steps a shot:

TGC are still waiting to hear back from Google as to why this is happening for some devices, and have made no changes to compatible devices.

To protect your Sky account, it is important to link it to any account service provider listed below:

Linking account will allow players to recover their accounts themselves upon re-installs or when switching devices. Keeping record of your Sky ID - found in the Gear Menu in-game - will also be a way to recover account progress. However, this requires the help of a TGC Support representative, which may take a certain number of business days. TGC will also ask players for their Sky ID if a giveaway is won. 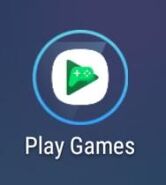 People will be familiar with Google Play, but there are some funky settings in there if you want more than one account/log out etc. In the second picture above, you can hit the top right and go into Settings (shown in the next image). This last image shows the default settings, but if you want to have multiple people on the same device, it may be worth turning off the "Automatically sign in to supported games" and "Sign in to games with this account" settings. Thus is so that you can more easily switch accounts in-game.

Some players might handling more than one (1) account, in the purpose of self-gain. However, this behavior is strongly discouraged by TGC because it is considered self-botting. Based on a quote taken from thatgamecompany's support page (Can I create multiple accounts?):

"For the protection of your progress and data we encourage you not to do this. We do not advise the creation of multiple Sky accounts for use by a single person. Doing this can cause errors on each of the accounts that may be difficult or impossible to fix by yourself or the TGC team."

There is only two methods that records audio in-game without using the external speaker (Google game tools and Android 11 built in screen recorder), and no option to record without controls overlay like iOS can. The three below methods are presented in this order: Avoid, Recommended and Best.

Touching your screen on the lower right end will bring two buttons; a video button and a photo button. The video button will launch the Google Play video player, which has options to use the front camera along with audio recording, which unfortunately uses the external mic. If you have game sounds coming out, it will likely get distorted.

This method also record your video with the Google Play buttons "on the screen". Avoid this option if you have the ability to use another tool.

Android 11 comes with a built in screen record option, that will give you the same result as Google game tool if you are not interested in activating it (see below). You can choose it via quick settings drop down and add it as a tile. When you select the tile, you will be presented with a pop up to choose which audio source to record from: Device Audio, Microphone, or both. You also have the option to record touch input in this menu also. This is a better method than the above and recommended over the first.

Game Tools is a function built into the Operating System of Samsung Phones and Tablets running Android OS 7 and higher. It is designed to let you record and share screenshots. Because it's a screen recorder it also records the game overlay (cape meter, flashing candle or menu when opened). The sound with this built in video recorder is very good compared to the In-Game video recorder provided by Sky. This function will not show the recorder buttons, for that reason, this function is by far the best to use when recording videos with Android. However, any activities made by your phone will show on the screen (phone calls, notifications, etc.. ); but can be stopped by using the "No alerts" and "Block during game" settings.

The "No alerts" setting prevents notifications from other apps, and the "Block during game" setting disables hardware buttons for recent and back. To access Game tool, while your game is opened, slide your finger from the bottom of your screen (or from left to right if your phone is sideway), and at the bottom left of the menu, you will see the small Google Game tool icon. Click the icon to open the Google Game tool. Select video from the option; you will be presented with a pop up to choose which audio source to record from: Device Audio, Microphone, or both.

To activate Google Game tool, slide down on your screen and access your Settings by clicking the cog icon. You will find the Game Launcher in the Advanced features.

The Google Game Tool in the quick lower menu

The options in the Google Game tool

Options from Game Tools to Block during game

The Shop on both Android and iOS have the same base prices. However, Android devices may not display the exact correct price – as Google may have excluded certain taxes and fees. Thus, always make sure you have slightly more than the amount displayed in the Shop before making purchases. Independent of your OS, there will also be regional differences in pricing, though the base pricing set by TGC is, again, the same.

Below you will find useful questions and answers taken from the pins in the #android-questions channel of the official Discord Server – sometimes supplemented by Wiki editors. The official server is one of the main ways to interact with the Sky community - as well as the staff of TGC. All of these questions were posted by Ktjn, who is a Community Manager and TGC developer.

How do I transfer my progress from iOS to Android?

Check #known-issues (Official Discord) or ask around to see if this is happening to other players. If not, it could be that your device is running out of memory (RAM). Try closing any background applications and restarting the game. This can occur on lower-end devices due to multiple applications running at the same time.

Please make sure you have enough storage on your device. The game itself is under 1GB but can take up to 3GB to download and install all files. Thus, it will de-download non-active Realms to save space when you are playing another one. Try clearing cache+data, powering your device completely down, restarting and reinstalling the game from Google Play Store or Google Play Games. Be sure to link your account before uninstalling to save your progress.

Is there crossplay between iOS and Android?

Yes! You can matchmake with players on both platforms. The only time this is not possible is if you and your friend are playing on different versions, so make sure you've both updated to the latest version (this will happen for friend on the same platform as well).

Please reach out to Customer Support in-game. If you cannot access the game, you can use the web form here. TGD do not have the tools to assist with account issues in Discord at this time.

I tested Sky Android on Beta, will my progress transfer?

No, Beta is a completely separate app that will continue to run alongside the Live version of the game after Global release for Android. Progress from either version is non-transferable to the other. See the Sky Beta page for more info on the Beta tester program

Why does Android video recording show the UI when iOS doesn't?

Due to some hardware differences between iOS and Android devices TGC is currently unable to replicate this feature exactly on Android. Video capture is through Google Play Games.

Why do Android players not have the headphones when playing external music?

Another software difference between iOS and Android. External audio isn't detected in the same way. TGC is still working on this one for a future update.

Can I use a Controller to play Sky?

Not all brands will work. For example, Steelseries Nimbus will not work due to incorrect button mappings (Steelseries Stratus XL, which is marketed as an Android controller, should work however). Compatibility also depends on your Android OS version and brand of your device. You should do research into which controllers will work correctly for your OS and device, but looking for Android compatible controllers is a good start. PS4 and Xbox One controller support is generally pretty good on Android 9+. There is native controller support in Android 10.